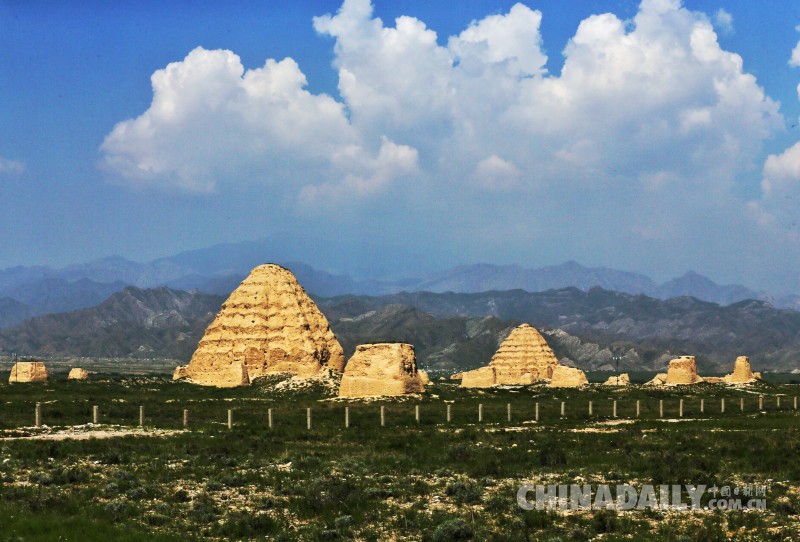 A view of two of the Western Xia mausoleums [Photo/pic.chinadaily.com.cn]

The Western Xia Dynasty was founded by the Tangut people. As an ethnic minority regime in the arid regions of western China, it wassandwiched between the nomadic civilizations of the Liao and theJurchen Jin dynasties and the agricultural civilization of the Song Dynasty (960-1279).It was therefore a unique civilization born out of multicultural conflict, integration, and harsh ecological conditions. It played an important role in the development of Chinese and Asian civilization. 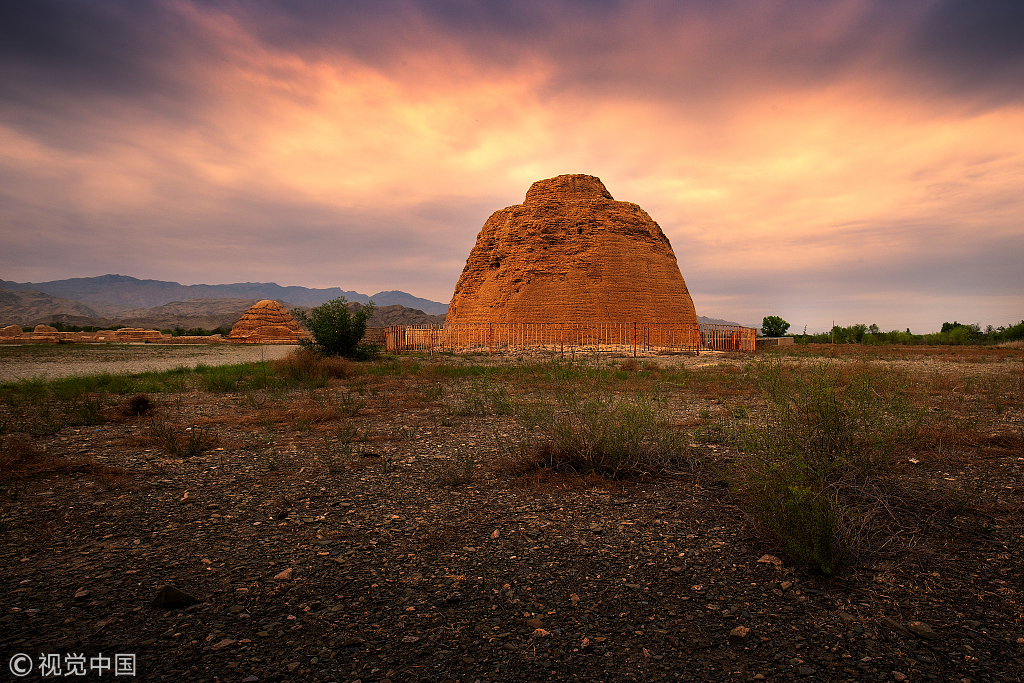 The magnificent layout of the site, its tiered tomb walls, high towers and various mausoleum buildings, as well as the various burial objects that have been unearthed, such as inscriptions, stone statues, and architectural components of the Western Xia Mausoleums, all embody the characteristics of the Tangut civilization, integrating the central agrarian and the northern nomadic civilizations.

The Western Xia Mausoleum National Archeological Site Park is divided into two areas by the National Highway 110: the Western Xia Mausoleum Site Area and the Cultural Tourism Comprehensive Service Area. The site areaincludes several imperial mausoleums and a complex of subordinate tombs, and the service area includes the Xixia Museum, the Visitor Service Center, the cultural and creative-themed block, and screening venues for 3D and 4D Tangut-culture themed films.