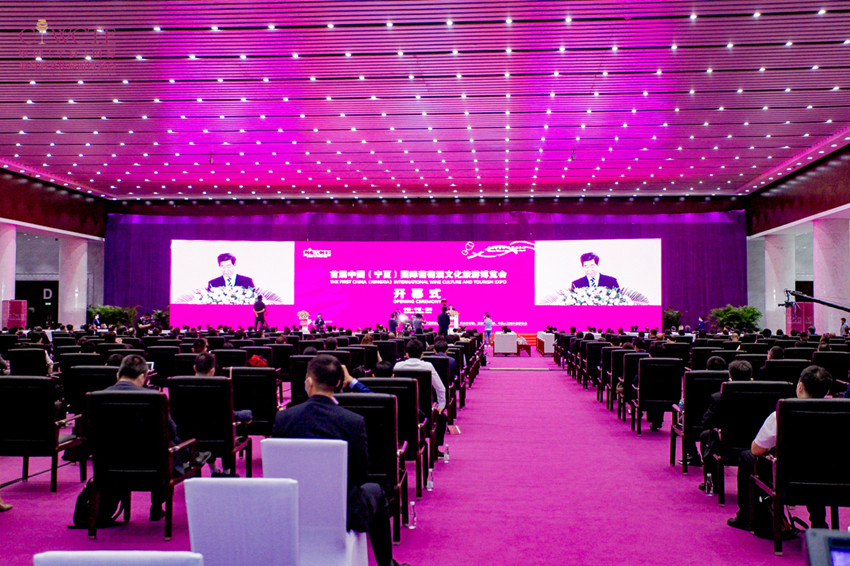 The opening ceremony of the First China（Ningxia）International Wine Culture and Tourism Expo. [Photo provided to chinadaiy.com.cn]

With the theme "Chinese Wine, a Marvel to the World", the expo is organized by the people's government of Ningxia Hui autonomous region, Ministry of Agriculture and Rural Affairs, Ministry of Culture and Tourism and the Chinese People's Association for Friendship with Foreign Countries, with the hope to enhance communication and cooperation between the main wine-producing countries and the wine-producing areas in China.

The expo has six main activities, including cultural forum, wine display and trade fair. As an upgrading of the former Ningxia International Wine Expo at Helan Mountain Eastern Foot, this year's expo is of national level, with more diverse content.

According to Chen Run'er, the Party secretary of Ningxia, "With the Ningxia wine as a typical example, we want to show the industrial strength, cultural charm and development dynamism of Chinese wine, and make the expo a feast for wine tasting, and a platform on which wine from the world can compete with each other and show their distinctive splendors."