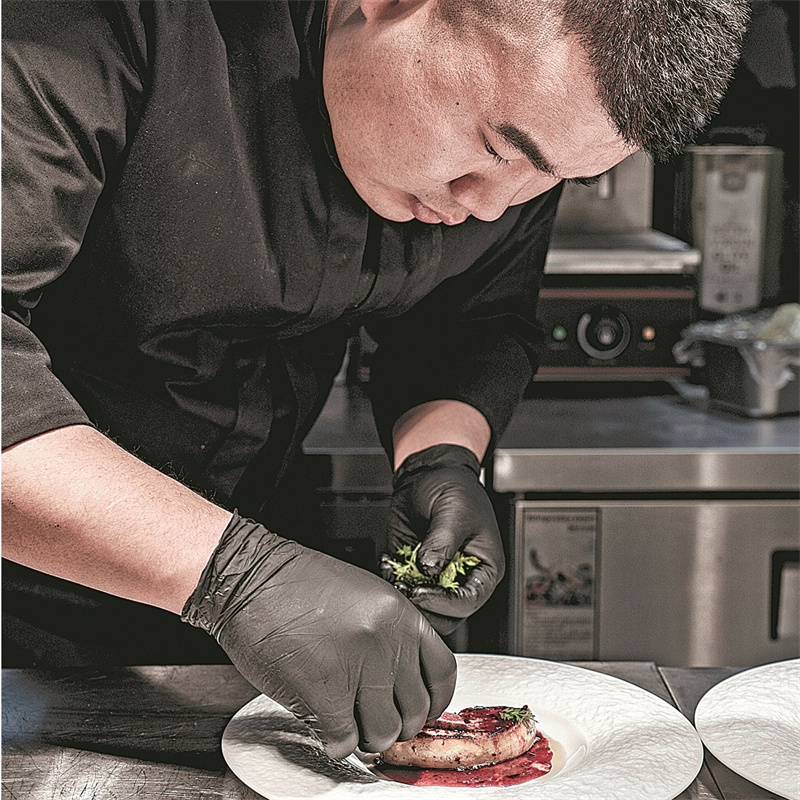 For the last five years, diners eager to try fusion cuisine in Yinchuan, Ningxia Hui autonomous region, have had just the place to go.

Located in the city's Jinfeng district, GJ Dining opened its doors in 2017.

The dishes and menu, the work of owner and chef Lesley Wan and her husband, Jia Honglong, are a combination of East and West.

"Fusion cuisine restaurants are common in Taiwan, but not here. Although there are many challenges to run this kind of restaurant in Yinchuan, market competition is less of a burden," said Wan, who first came to the city from Taiwan in 2015.

"I didn't expect such blue skies and good air quality. I was expecting deserts and vast grasslands," she said.

"The night market was just as bustling as in Taiwan, the roast mutton was delicious, and it was fun to ride a camel in the desert and sheepskin rafts on the Yellow River."

Besides the surprises and similarities to life in Taiwan, Wan did feel the warmth of the northwestern city and said she needed to use extra moisturizer.

Born in Taiwan in 1987, Wan majored in hotel management in Switzerland and got her first job with the Sheraton in Jinan, Shandong province.

Jia, her husband and a chef of Western cuisine, was one of her colleagues.

The two worked at the Sheraton in Macao for a while before deciding to start their own business in Yinchuan, Jia's hometown.

"We'd built up a great deal of catering business expertise over the years, so we felt that even if we failed, we'd still have other options," Wan said, speaking of their decision.

"Localization is key to sustainable business. There are so many good ingredients in Ningxia, and we thought it would be great to pour old wine into the new bottles." 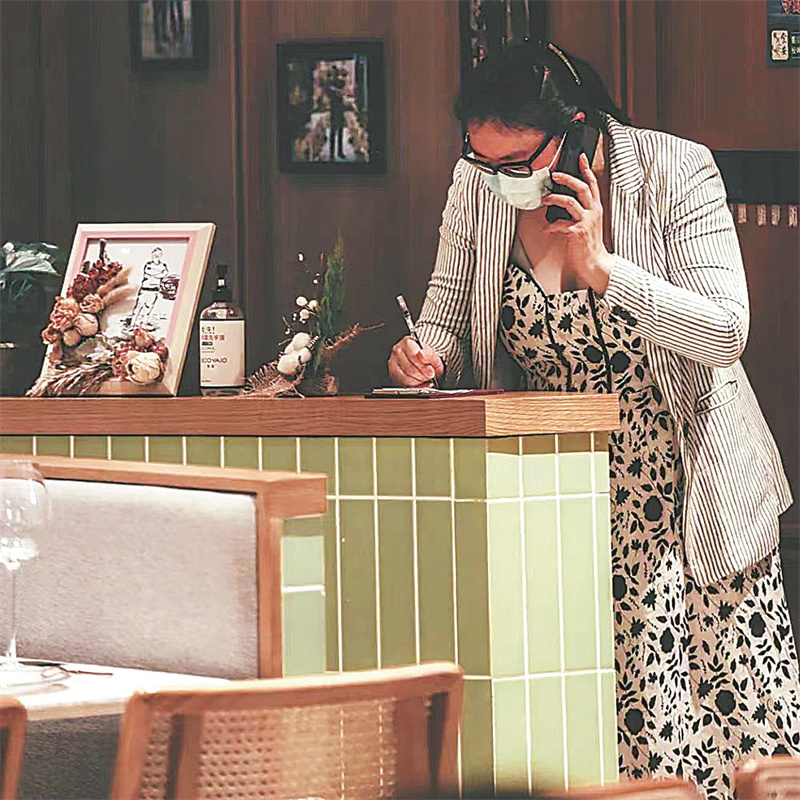 Tan sheep, a breed unique to Ningxia and known for its tender meat, goji berries and wine are all products for which the region is famous.

"Although running a fusion cuisine restaurant is not as easy in Yinchuan as in Taipei, with the difficulties getting supplies and low public awareness of fusion cuisine, we also have many opportunities. As long as we have good tasting dishes at reasonable prices and good service, we will be able to build a bigger market," Wan said.

The couple also encountered difficulties recruiting staff, who need to be familiar with the dishes and knowledge of what wine goes best with what dish.

But the bitter is accompanied by the sweet.

"I became good friends with one of my customers, the very first to eat at our restaurant. We chatted happily that day, and she came by often after that," Wan said. "To my surprise, she sent me an oil painting when we opened our second restaurant, which was really touching."

It has been five years since Wan moved to Yinchuan. Things have changed, and she now has a child.

"I feel there has been more rainfall since 2018," she said. "The air is less dry and I have grown used to the climate."

The business environment has also changed, as Western restaurants have flourished.

"Now, people wanting to eat at our restaurants need to make a reservation three days ahead, or they may not be able to get a table," she said, smiling.

Wan's family has also been to Ningxia, visiting vineyards and deserts and tasting roast lamb.

"They also liked it here. People here are very welcoming, and the cost of living is relatively low," she said.

With both family and a career in Yinchuan, Wan hopes their restaurants develop into a bigger brand and that they can start a business in Taiwan in the future.