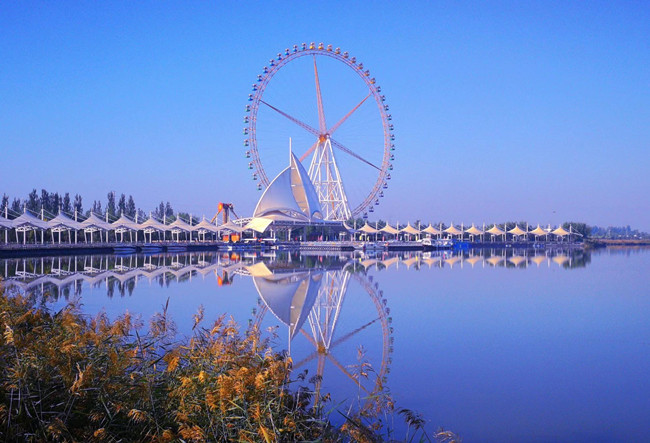 Ningxia Yuehai National Wetland Park, located in Jinfeng district, Yinchuan city, borders the majestic Helan Mountain to the west and the surging Yellow River to the east. It is only 3 km away from the center of the city, and has a total area of over 2,000 hectares.

The park is an important wetland in the arid zone of western China. It is also a wetland with the largest and the most intact original landform in Yinchuan with a complete ecosystem. The park is known by such names as "kidney of Yinchuan" and the "green lung of the city".

The massive wetland park is home to 157 different plant species, 18 types of fish, and 113 kinds of birds, including 24 species of national first-class and second-class protected birds.