The opening ceremony and the first introduction meeting of the 2022 Investment Promotion Series was held on May 13.

The event was hosted by the Jinfeng district of Yinchuan city, the Ningxia Hui autonomous region, and undertaken by the Jinfeng District Commerce and Economic and Technical Cooperation Bureau.

It took the form of a tripartite linkage involving the main venue of the Jinfeng district, online entrepreneurs and business associations by video conference and webcast. 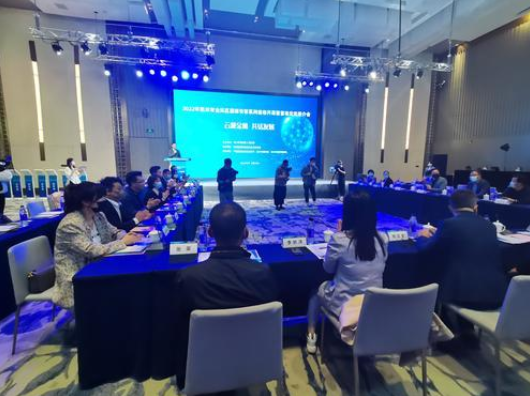 The opening ceremony and the introduction meeting of the 2022 Investment Promotion Series is held on May 13. [Photo/YCEN.com.cn]

Officials of the Jinfeng district explained supportive policies for enterprises such as the establishment of the first store, the expansion of chain stores, and the set-up of headquarters.

On the same day, the signing ceremony of Jinfeng’s talent introduction strategy was also held. The talents office of Jinfeng district and Jiangxi Yiguang Human Resources Co Ltd signed a strategic cooperation framework agreement on the introduction and cultivation of talents in short supply in the business and trade sector.

Jinfeng district will closely focus on the decision-making and deployment of Yinchuan city, and implement in-depth project with enthusiasm and high efficiency. It will intensify efforts to attract investment during the pandemic to achieve the goal of finishing over half of this year’s tasks in Q2.